Life is like a game of chess. Where the smaller moves create a huge Impact.  Whatever a child learns at a young age plays a major role later in their life. As parents, we always tend to search for an activity that can help children develop mental agility.

Learning is a lifelong process, not just limited to schools therefore the games the kids play, the food they eat, the exposure they get, everything plays a major role in their development. Empathy, sportsmanship, confidence, self-control are qualities which cannot be taught, they are to be learnt! Chess taught me how to boil water! Yes, you read that right! It helped me to be patient enough to complete my tasks. As a child, I was full of energy, just like most of us. Chess taught me patience to do the simplest things! Now you see how the choices we make as children impact us as adults. Chess has the Potential to create responsible individuals.

Have you ever noticed your child feeling out of place? Maybe while they attend their online class, or when you take them to a playgroup? It’s because the child feels difficulty in interacting or wants to get home early in their comfort zone as outside becomes too heavy to deal with! As it is rightly said, not only our pure intelligence helps us to succeed but also our social emotional competence, which is where games like chess play an important role. Chess makes children socially active, self-aware & resilient. While playing chess, kids have to establish a rapport with their chess mates. Even if they win or lose it helps them accept the consequences & learn rather than sit and vent. Hence ensuring healthy partnership. Majorly it helps them to resolve the barriers of communication so whenever they meet someone new, they are able to interact without hesitation. Liberating! isn’t it?

How many times have you seen kids act without thinking? Probably a lot! Most kids have moments when they’re impulsive and say or do things before they can stop themselves. They might blurt out something inappropriate or run into the street after a ball without looking. Children often struggle with impulsivity. They need to learn good behaviour, they more likely do so when they understand what the preferred behaviour looks like! Chess helps them to suspect their impulsiveness! It helps them to pause and think before reacting. It teaches them self-control. When kids have more control over their actions, they feel more “mature” and have more positive self-esteem. Every move in chess requires kids to put aside their mental blocks and think. Slowly and steadily it becomes a habit!

Delayed Gratification was measured by an animation game, which was created especially for the current research. In the game, designed to engage children, the child was asked to help free the city by beating the evil wizard, who took all the colours from the city before the festival, and made everybody sad. To achieve this goal and free the city the child was required to collect as many gems as possible. Collecting and using gems along the way required making 23 decisions which simulated situations of economic gain or loss. During the game, there were three decisions that measured delayed gratification. In these decisions a witch, a lion, or a turtle offered the child the choice between a small, immediate reward, and a later but double in size reward (5 or 10, 10 or 20, and 10 or 20, respectively, for the three trials). The time when the later reward would be given was unknown. In short, Delayed gratification is the ability to postpone an immediate gain in favour of greater and later reward. It is all about better judgement skills. Chess helps to decide and identify better opportunities. Every move is an opportunity for children to identify what is right. It gives them a better judgement of their surroundings. For Example: While playing a chess game waiting for a couple of moves to trap a knight rather than knocking off the opponent’s pawn. Looking out for better ways to win!

Do you ever as an adult find it difficult to express your emotions? As adults we bridge through a lot of situations which make us emotionally shut but we somehow have learnt to cope with it. As children most of us were unaware of how to be healthy mentally and the major reason behind it is no one told us how! 21st century rules have turned the tables and here mental health of kids is a priority. Chess helps to appreciate, express & digest emotions. Playing chess offers an opportunity to discuss feelings. For example: “I made a mistake…”. Identifying that a mistake has been made in a specific situation and then working on making amends with it is a trait which is developed. A kid learns how to accept their mistake along with the fellow individual. The whole process of the game keeps kids expressive. They learn how to and what to talk in varied situations which in turn helps the people around them to keep a track of How the kid is feeling? Making children vocal and strong!

Kids these days are busier than adults. Playing chess can help kids relieve stress and anxiety. When you play chess and you are immersed fully, you think about nothing but the game. You think about your next move, you try to be one step ahead of your Opponent. You forget everything that is happening in your life and your brain focuses on one thing. During the entire game time, you are stress free and in perfect mental health! The burden of studies, projects, and marks is never-ending. It can very well create unnecessary pressure on the kid’s mind. They often get mood-swings, become cranky, and get sad which is why engaging them in games like chess helps them regulate their stress.

The belief in responsibility is not innate. It is the natural state of good mental health, but it has to be learned and experienced to be truly understood and believed. Children, in particular, have trouble accepting responsibility for their actions or considering consequences before making a move. Playing ball in the house; a window gets broken – “it was an accident” or “he threw it” – rather than accepting there are consequences for every action. I don’t suggest blaming the child, or punishing them, but rather teaching that they are responsible for everything that they create in their lives. Chess teaches children responsibility they learn to be fair and to take the time to do what needs to be done when training. It means that they must live with the actions they use, and accept the consequences that are associated with those actions.

They learn self-control and they are more likely to think before they make any decisions. In short, the game of chess gives you the opportunity to introduce your child to very important skills that they need to succeed in their lives. Chess is a game that is massive and full of probabilities, so next time when you sit and play a game of chess, enjoy the game but don’t forget the lessons the game teaches you!

How to improve a 5-year-old kid's Chess Tournament rating? 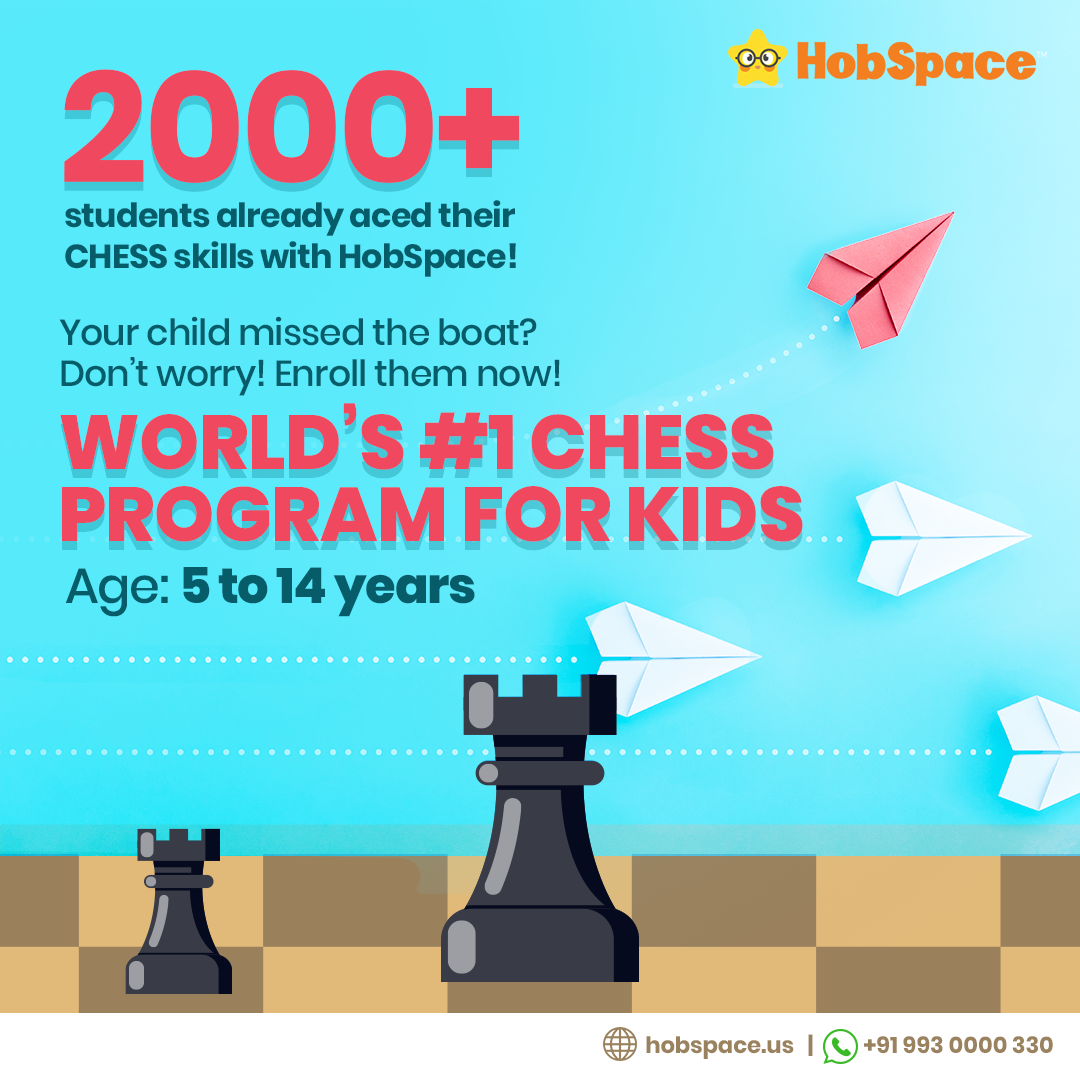 4 thoughts on “Life Skills with Chess”